Posting this now because, until now, I’ve been unsuccessful in getting interested eyes on the project. The pencils and inks for both the conceptual work and sequential work was done by the amazing Roc Upchurch ( http://johnnyrocwell.blogspot.ca/ ) and colours by Paul Little.

A Scott Pilgrim inspired love story where Lord of the Rings meets Josie and the Pussy Cats, an original series that answers the age old question: What would a love child between Gollum and Joan Jett look like?

The Goblinettes follows Purl , the leader singer and guitarist of an anti-establishment punk band in a fantasy setting. And she’s a goblin. In a world overrun by societal norms like violence and thieving, Purl’s music fights the power with songs of love, peace and understanding.

Then one day Sedric shows up at a gig, a goblin looking to change his people for the better through a message of tolerance and change. But on their first date, Sedric is captured by the authorities and Purl sets out on a mission to save her true love.

The Goblinettes is aimed at a teenage crowd, with a strong catering to a female audience. Purl is a strong, self assured lead character, reversing the damsel in distress cliché by getting Sedric back. This story speaks strongly of being an individual, even when society is against you, and to fight for your beliefs no matter the circumstance.

The Goblinettes can be an OGN or a series told in 4-6 parts with ample room for ongoing.

Am I crazy for thinking this would be a really fun comic? I’ve had this idea for a few years and it doesn’t seem to gather much excitement but everyone I show it to adores the characters and the idea.

Share your thoughts in the comments if you have any! 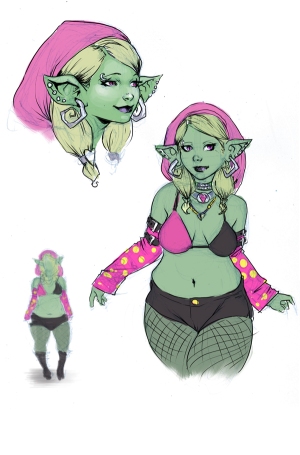 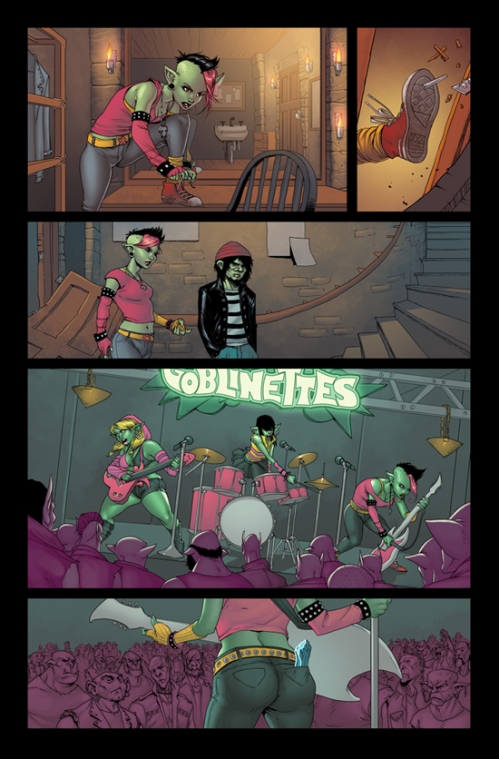 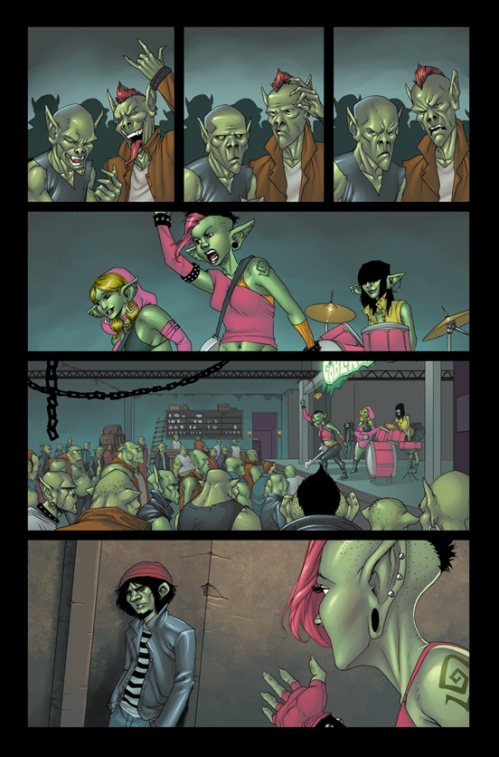 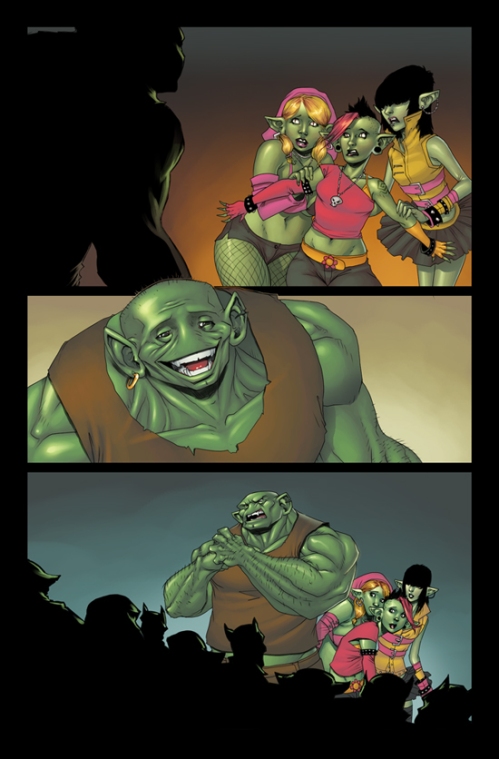 Have you heard of my comic series Peter Panzerfaust?

It’s a strange little retelling of the Peter Pan story in World War II. Or, as some others have eloquently summarized it: Peter Pan vs. Nazis.

I ask the question because I believe that this series isn’t very well known. I believe if people simply heard that pitch or gave the first issue a try they’d really love it. I know I do.

It’s easy to say that about a series that you’ve created. It’s obvious you are going to like a project that you’re personally invested in but I can say it in a very genuine way because eight issues in, I’ve begun to love these characters. They’ve gone from a cast of misfit orphans to children with real motivations, desires and fears. They escape my brain to live on the page.

Sometimes that connection to a world, to the people that live inside it, will transcend all the issues that arise when creating independent comics. Sales, marketing, schedules. They all play a major part of keeping a series alive. As creators we also deal with real life issues outside the work itself and it affects all of those aspects. So, after taking a lot of time to think about what I want most out of this series and talking with Tyler Jenkins, the tireless illustrator behind the gorgeous art you see in every issue, I came to a conclusion that solidified in my mind why I set out to tell this story to begin with.

I will tell this story. Whatever happens, I will see this through to the end.

The truth is, our sales are right on the line. At the moment, it’s not costing our publisher money to keep it alive, but at this stage it is very much a project of passion for Tyler and I. My concern in the last few months was that I didn’t want Tyler to put 3 weeks of his life into a series that didn’t pay him. But, you know what, that wasn’t my decision to make. After talking to Tyler and being set straight that he was able to decide just fine for himself what he wanted, I knew that both of us were in this for the long haul.

And I can tell you this: We have never been more excited for the future of this story.

This arc alone has some of the best scenes I’ve ever written and there will be some major reveals in the final three issues that will have our fans reeling. The third arc is going to take the story in a brand new direction and answer some dangling questions about the enigmatic Felix. The fourth arc is an uncorked bottle of action and suspense that will lead into the fifth arc that slowly brings the past and present together in a way I’ve been planning for four years.

You will not regret staying with us. I promise.

“The moment you doubt whether you can fly, you cease for ever to be able to do it.”
― J.M. Barrie, Peter Pan